Google: The Power of Doodle

In the world of branding, it isn’t common practice to deviate from a well-known logo.  For instance, it might turn heads if the Wendy’s logo suddenly became purple for a day.  However, Google bravely ventures where no brand dares.  The unique designs referred to as Google doodles–the ever-changing artistic renderings of the logo that adorn their homepage–have become an iconic example of the creative and amusing experience that Google hopes to provide its users.

According to Google’s history page, “We made our first doodle in 1998 when Google founders Larry and Sergey were attending the Burning Man Festival in the Nevada desert. They placed a stick figure drawing behind the second “o” in the logo to let users know they were out of the office.” The Google doodles have grown from a small collection of funny drawings to intricate illustrations (and sometimes interactive activities) that celebrate innovation and culture throughout the world.  This is largely due to the work of one man: Dennis Hwang, who has been the Chief Doodler–yep, that’s his official title–at Google since 2000.

Now you’ve probably never heard of Dennis Hwang but let’s face it: he may be the most successful artist in history.  All any artist wants is for their work to be recognized, to be seen and appreciated by millions, and Dennis has done just that.  There have been over 1,000 Google doodles over the years (300 for the United States and over 700 internationally) and every time one of them goes up, hundreds of millions of users view and interact with them.  Popping out over 50 doodles a year, it begs the question: Has any other artist had that kind of audience?

Video of Dennis Making a Doodle

Thanks to Dennis Hwang and his group of illustrators, the Google doodles have stayed ahead of the originality curve and become a source of amused anticipation for web-users around the world.  They have the added usage of making otherwise mundane holidays seem stimulating and fun.  Who would ever have known that it was Heinrich Rudolf Hertz’s birthday earlier this year or that last month was the 80th birthday of the Sydney Harbour Bridge?  The unique fact that these minor holidays are put online gives people a chance to interact with them.  For Les Paul’s birthday users had the opportunity to strum a virtual guitar in the shape of Google and there was even a playable Google version of Pac-man for the game’s annual name day.

Google’s enduring brand identity is the only thing that allows them to be so creative with their doodles.  Many of the doodles are hardly recognizable as even saying, “Google.”  It has become somewhat of a game that evokes people into searching and analyzing the drawing to find the word.  Trying to see how that blue figure could be construed as a ‘G’ or how that tall man in a green coat would work nicely as an “l” is part of the fun.  Whatever your thoughts on the Google doodle, Dennis Hwang is “quite proud of some of the new approaches he has taken.”

Below are some of my favorite Google doodles out there.  What are yours? 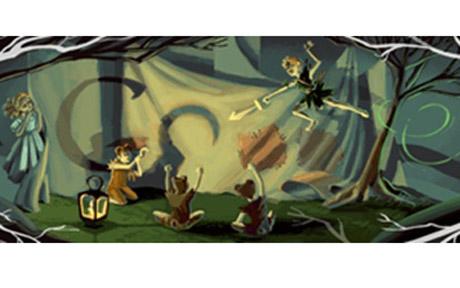 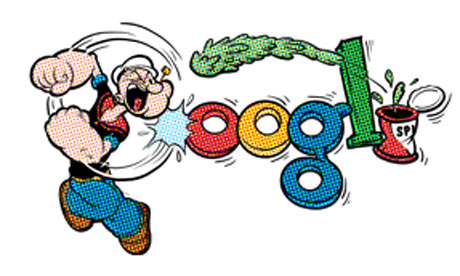 2 Responses to Google: The Power of Doodle