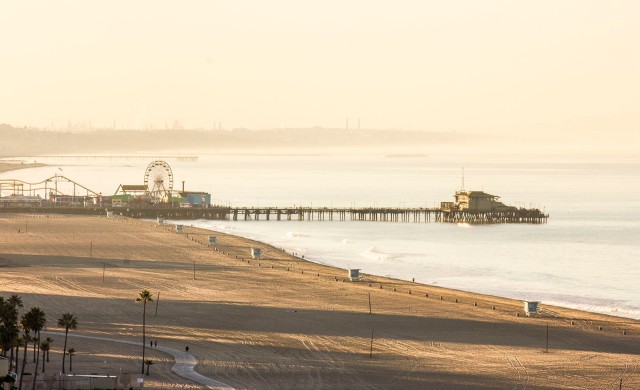 Yesterday at 7AM the Beit T’ Shuvah Marathon team met at Ocean and San Vicente in Santa Monica,Ca to continue it’s training for the LA Marathon coming in March. The sea breeze was almost non-existent and the sky was as clear as one could imagine. I parked my car at Ocean Avenue right where everyone was congregating. I gather my things,walked to the parking meter and was happy to see the meter took credit cards as I didn’t have any change. I put my card in and mistakenly only bought myself a half hour of time. Frustrated I shoved the card back into the slot and it disappeared. My initial thought was I had done something wrong and now my card was being confiscated. After a few minutes of conferring with some of the team as to what to do I saw a cop car driving down ocean and I flagged him down. I explain the situation and he told me not to worry he’d let the meter authorities know and I wouldn’t be cited if the time ran out. Of course that didn’t help me retrieve the card. However Lexy informed me that Stephanie Cullen had a tweezer and when we saw her she’d get it for me. Problem solved.By this time everyone was warming up and jabbering among themselves. I cut across the path to take a look at the ocean. As I stood at the railing that lines the cliffs above Pacific Coast Highway I looked South towards the Pier and could see way beyond it to the South Bay about twenty or so miles away. It was a beautiful site.

Within minutes Justin Rosenberg, BTS’s resident Photo genius showed up and we started to set up and take some candid shots. Soon Craig Miller the team’s trainer called everyone together to give them the route to run for the ten mile course he had mapped out. They were to go from San Vicente along Ocean until they reached Arizona Street then turn around and retrace their steps to San Vicente.

As soon as they hit San Vicente they would bear right and head up four miles to where Wilshire and San Vicente meet. There they could rest, get some fluids and head back to the starting point which would complete the ten mile course.

After some more pep talk the runners were off and as usual Ryan Blivas took the lead which he never relinquished finishing well ahead of everyone. After the last runner left the start point Justin, Lexy and I jumped in her car and headed towards the half-way point. As we traveled up San Vicente I realized I wanted to run.

I asked Lexy to stop and told her I’d meet them at the hallway point. I was right at 14th street. From there it was about three miles to the stop and I was sure I could do that. For the next half-hour I ran comfortably until I reached San Vicente and Wilshire. There I was greeted by some clapping and other encouragement and I thought maybe I can do the last four miles as well. So after a brief water break I headed back and about 45 minutes later I arrived at the finish. It was a good feeling to realize I had just run more miles (7) than I had in over a decade and the most since I had open-heart surgery in 2009. I thought about how far I have become physically since my surgery and how I may in fact be able to run a half-marathon in a couple weeks. It may sound strange but knowing my contributions meant something to the team and possibly other individuals who will benefit from all our efforts makes the sore calves I have today seem like a badge of honor.

And of course as good luck would have it, Stephanie’s tweezers pulled my ATM card right out of the parking meters jaws and into my safe hands.